Skiing: My Fiction Versus My Reality 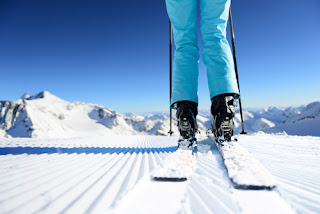 In Just Like the Brontë Sisters, sisters Jo Beth and Skylar are both expert skiers. I am NOT an expert skier. However, I like to follow that adage, write about what you know, and I do know a little something about skiing. I do have some real-life experience. But how does my skiing reality compare to my skiing fiction?

Jo Beth and Skylar grew up in the fictional town of Black Diamond, CO. They spent every free moment hitting the slopes, and their peers were mostly ski rats. I grew up in Lawrence, Kansas. I spent most of my free time participating in local theater or dance productions, and my friends were all kids of faculty members from KU. 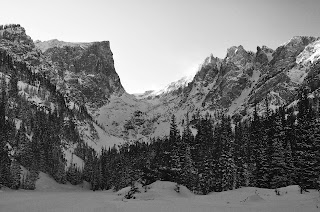 How does that make me “sort of” from Colorado? Well, my mom’s family (my aunts, uncles, etc.) all lived in Colorado as I was growing up. They still do. For the last twenty years, my mom and stepdad have lived in Boulder as well. So, I’ve spent a lot of summers and Christmases out there, and I since I no longer have any ties to Kansas, Colorado feels like a second home. Plus, I’ve lived in Colorado for months at a time. Which leads me to my next point…

Both Skylar and Jo Beth can race down slopes, fly over moguls, and carve tracks like they were born with skis attached to their baby booties. Not me. I haven’t been skiing for years, but there was a time when I was halfway decent (but only if you compare to someone with no athletic ability or skiing experience.)

I need a lot of time to pick up physical skills. But at one point in my life, I had time and opportunity to learn to ski. You see, when I was a senior in college, some reps from the ski resort in Crested Butte, Colorado, visited campus to recruit people to come work as lift operators. I went and got hired. I was about to graduate with a degree in theater, so a job working at a ski resort was probably as good a prospect as I could hope for.

I thought I was signing up for a romantic adventure. Now, when I look back on those months of employment, I remember a little bit of romantic adventure, but mostly I recall frozen toes and the feeling of not really fitting in. The other ski lift operators gave me a nickname: the librarian. This was because I wasn’t didn't enjoy going out and getting drunk, and I used my evenings to stay in and read. Plus, I wasn’t a great skier when I began working there.

When I finished, I also wasn’t a great skier. But I had graduated from green slopes to blue. I even tried one black slope, inching my way around moguls instead of over them. I did learn to keep my skis parallel, which I was proud of. And I can still remember that feeling of control plus speed, with the wind rushing past me, and feeling at one with the snow and the mountain. That feeling didn’t come often, but it was powerful enough to remember and to write about.

Both Skylar and Jo Beth are the stars of their high school ski teams. I don’t want to give away too much of the story, but at least one of them goes on to compete in the Olympics. I think it’s safe to say I will NEVER be an Olympic athlete. That non-existent window of opportunity has passed. 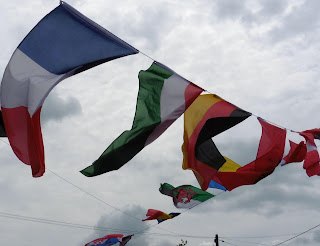 Yet I do love to workout. No, that’s not the same as being in the Olympics, but I’m addicted to the rush I get from my morning run or from a really good exercise routine. And while I’m not a sports fan, I adore watching the winter Olympics. It’s so cool that all the events center around snow and ice. The figure skating is always fun, but my true loves are the skiing events: the bells that the spectators ring, the biopics they show of the athletes, the suspense over who will get down the slope the fastest. I suppose it all reminds me of my brief flirtation with the world of skiing, so I feel vicariously cool, sitting on my couch with a box of cereal, wearing my flannel pajama pants while cheering on Bode Miller.

I think one of the best parts of writing fiction is wish fulfillment.  I can give my characters the success and glamorous background that I never had. Another great thing about fiction writing is taking memories and molding them into something new and exciting. That’s what I did with skiing in Just Like the Brontë Sisters and I’m so excited to share it now with readers!

My new novel is in presale on Amazon right now, and it's available for download on November 11th. You can read all about Jo Beth and Skylar's adventures with skiing and so much more. :) 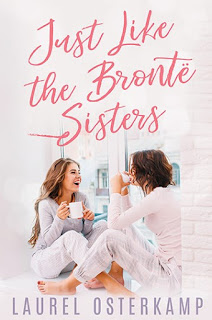 I'm Giving the Star System a Thumbs Down 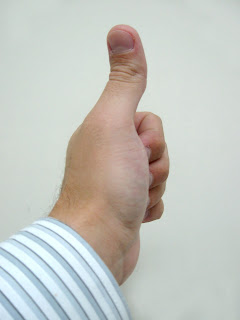 Netflix has adopted a new review system, or rather an old-school, Siskel & Ebert inspired system, where they ditched the "one to five stars" option in favor of “thumbs up” or “thumbs down.”

Why? Netflix said that over time, they realized the average number of stars that something received didn't correlate to people's viewing habits. For example, documentaries get a lot of five star ratings and silly comedies usually receive three stars, but the comedies are way more popular in terms of what people actually watch. So really, a simple "thumbs up" or thumbs down" is a more effective way for viewers to express if something is worth their time to watch.


I wish Amazon would switch to "thumbs up" or "thumbs down," because personal taste, by its very nature, is subjective. Most people rate things on whether or not it appeals to them, rather than objectively assessing its quality. For that reason, I hate the five star rating system.

I can get bad reviews because my book was too short, or there wasn't enough romance, or someone didn't like the main character. Maybe these are all legitimate reasons not to like one of my books, but a bad review can cause serious repercussions. If your book has an average review rating that's below four stars, you can’t advertise on any of the premium sites and readers will automatically dismiss it. It’s so hard to get reviews in the first place, let alone lots of five stars reviews, but that’s the thing that can make or break the success of a novel. A simple "thumbs up" or "thumbs down" would make life a lot easier.


I don’t think the reviewers (who aren’t authors themselves) realize their power. Why would they? And of course I appreciate anyone who has given my books a chance, and has taken the time to review it. But can I now just say my biggest pet peeve? It’s when a reviewer says in their review “3.5 Stars” but because they can only use whole numbers of stars, they round down. Ugh!


But on the other hand, I can understand their indecision.


I have been going to physical therapy lately, because I broke my elbow and now I have weeks and weeks and weeks of seemingly endless recovery where I have to try and bend my arm when it wants to stay frozen. And at every appointment, my therapist asks, “What’s your pain level?”


It’s so hard to answer. Do I try to sound brave? I don’t want to downplay it. But a four for me might be a six, or a two, for somebody else. I always think too hard, and usually wind up answering, “3.5.”


It’s so ridiculous. I should just commit to a three, or a four, or give in to being a wimp and say it’s a five. Or even better, I should just be able to give my elbow a thumbs up or a thumbs down. This feeling must be pretty common. Netflix said they got 200% more reviews once they took the pressure off viewers to pick a star value and let people do "thumbs up" or "thumbs down."

A Nasty Woman Who Can't Seal the Deal 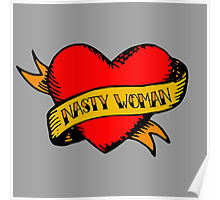 Has it really come down to a bully in a Make America Great Again baseball cap? Click here to find out.
Posted by Laurel Osterkamp at 6:00 PM 1 comment:

Is Monty cheating on Lucy? And how could things have sunk so low? Click Here to read Sex, Lies, and Shackles to find out!
Posted by Laurel Osterkamp at 8:12 AM No comments: 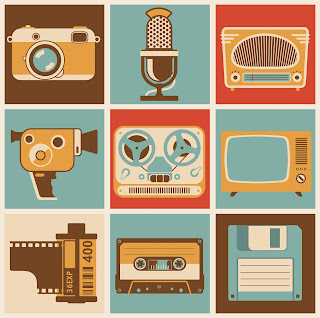 What do Lucy and Donald Trump have in common? Click Here to find out!
Posted by Laurel Osterkamp at 12:30 PM No comments: 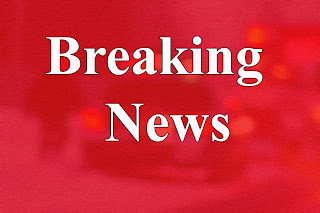 Will Monty go back to Evelyn? Will CNN ever call Trump on all his staged antics? Find out on the latest November Surprises Blog post. Click here to read "Breaking News."
Posted by Laurel Osterkamp at 12:52 PM No comments: 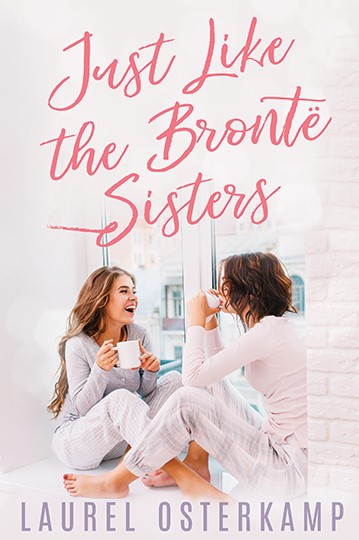 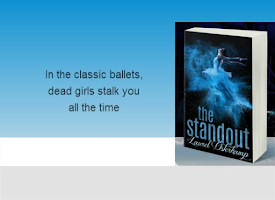 Click on the image to view the book in Amazon. 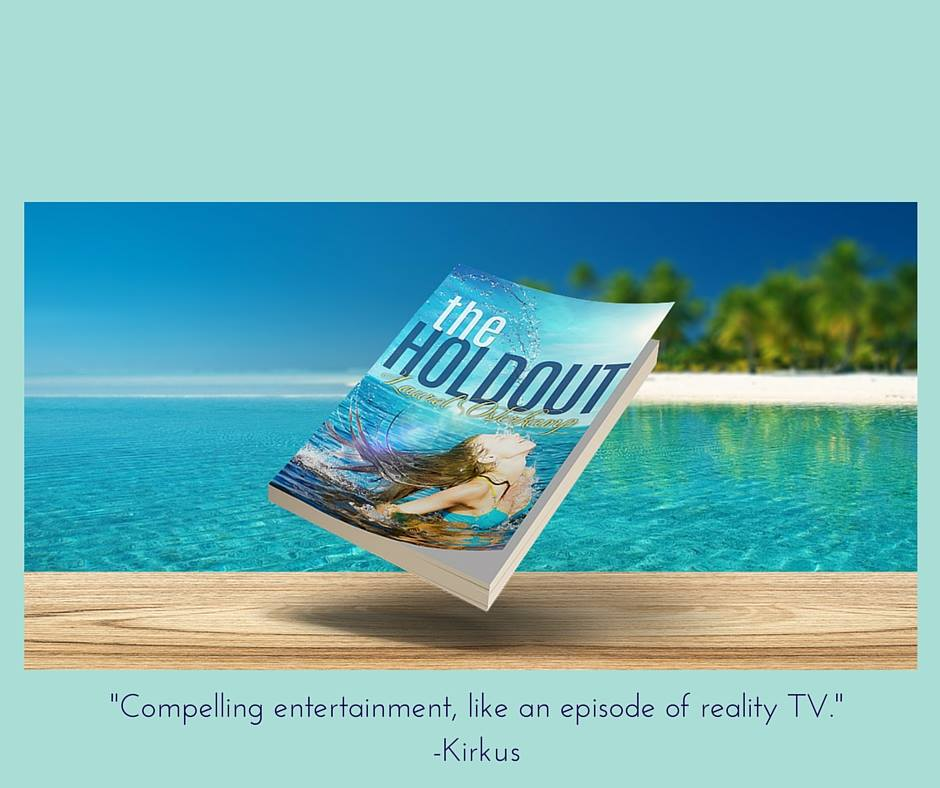 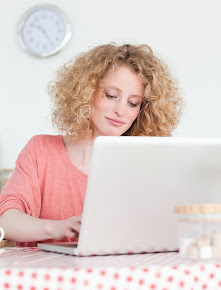 Lucy's story continues! Read about her life and the current political scene.

Laurel Osterkamp
I'm the author of several novels. My most recent book, The Standout, is about love, betrayal, and reality TV. Look for all my books on Amazon.

"The Next Breath" is now available on Amazon!